As you're deciding whether to hire a moving company or do the project yourself, you're probably weighing the most obvious factors. Those include the time and energy you would spend doing it on your own, the hassle of renting a truck or trailer, and the need to enlist friends and relatives to help out. Unexpected events can occur as well, and people often don't even think about these possibilities. Include those potential occurrences in your thoughts when you consider whether to hire a moving service.

It Takes More Time Than You Planned

This is probably the most common problem when a person takes on the project alone or even with friends. Not only do you have to wrap fragile belongings, pack boxes and dismantle certain items for moving, you also have to load everything into vehicles. Then you have to unload everything at the new site and unpack. All of this is likely to take more time than you planned.

If you're moving from a rental, you're also probably responsible for leaving it clean and spotless, which is another activity that's likely to take more time than you think.

It's More Physically Taxing Than You Expected

When you look at your furniture and appliances, you envision who will help bring them into the moving vehicle and into your new place. The actual project can be much more difficult. Some pieces are not only heavy but bulky, making them difficult for even a couple of very strong persons to lift. Factor in stairways and the problem becomes worse.

Moving an easy chair is one thing, but moving an antique sideboard up and down a staircase is quite a challenge. If you want to move a refrigerator, a freezer and other large, heavy objects, don't ignore the potential difficulties.

There's Not Enough Room in the Vehicles

Face it, you're probably not an expert when it comes to packing furniture, boxes and other items into a moving van, a trailer or a pickup truck. It's easy to misjudge just how many stuff you actually have. Many people are faced with having to leave a few things behind that simply would not fit into the vehicles.

You're Exhausted After the Process

You're at your new place. You should be eager to set up your furniture, meet your neighbors and perhaps start a new job within the next day or two. Instead, you're exhausted, and you're ornery because you can't use any kitchen stuff so you can eat a bowl of cereal and have a cup of coffee in the morning.

Consider all the relevant factors before you decide whether to make moving a do-it-yourself project. Contact a few moving companies for quotes on their service. Hiring professional movers (such as Anshutz Movers) may be more affordable than you expect, and it's guaranteed to make the process easier on you. 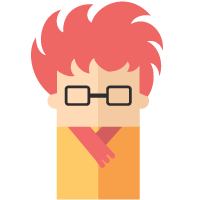 When I was a kid, I dreamed about opening a bakery one day. After graduating high school, I enrolled in college. During my college years, I took numerous, business courses. I ended up earning two business degrees. Eleven years after graduating from college, I made my lifelong dream of starting a business come true. Do you hope to start a new company in the near future? Consider hiring an experienced business consultant to help you accomplish this worthwhile goal. A business consultant can help you develop a comprehensive, business plan to present to lending institutions and investors. On this blog, I hope you will discover the most common tasks business consultants complete for entrepreneurs. Enjoy!